The body keeps its speed constant (uniform rectilinear motion v=const, a=0) or is at rest while the body is not affected by external forces.

The force acting on a body is equal to the product of mass and acceleration. 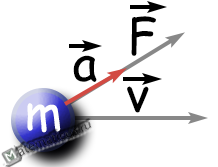 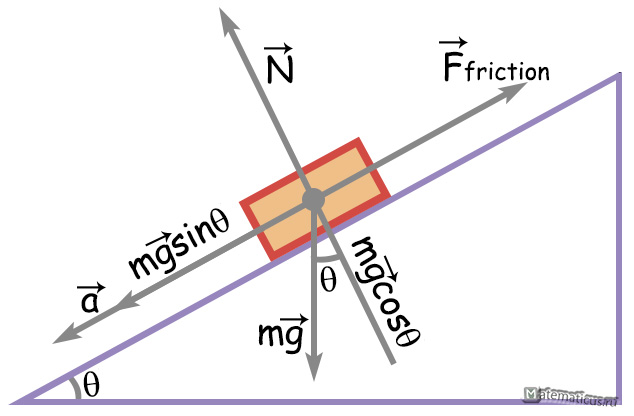 N — the reaction force of the support.
Ffriction — friction force, determined by the formula Ffriction=µN
μ is the coefficient of rolling friction.
X-аxis: